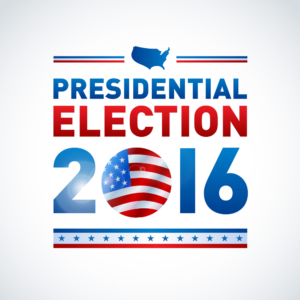 The political conventions are behind us and we officially have our two major party candidates for the presidential election this November. Do you know how the outcome might affect your estate plan? Trump’s current proposal is to eliminate the federal estate and gift taxes altogether. Clinton’s current proposal, on the opposite end of the spectrum, isn’t very detailed but would appear to dramatically decrease the current gift and estate tax exemptions, eliminate the yearly adjustment for inflation, and significantly increase the gift and estate tax rates.

What does this mean? If either proposal becomes law there will be substantial impacts to estate plans everywhere. The effect of Trump’s proposal would be to limit the tax benefits of certain irrevocable trusts and grantor-retained annuity trusts, while the effect of Clinton’s proposal would be an increased tax burden on millions of Americans which would necessitate the implementation of advanced estate planning strategies on their behalves. You should know the facts about how each candidate would like to change the estate planning landscape, but in no way should this be interpreted as my endorsement of one over the other. This is far from the only issue in play.

I am going to delve into this even deeper, though, at the risk of offending “polite company” because although this blog is a means for me to communicate with my circles, I am always conscious that it will be a big part of the legacy I leave my children. I believe in being real with you, and I want Cade and Ella to know the real me– what I was thinking, feeling, experiencing during the events of my life. So I’m going to dare to attempt to illuminate what’s going on inside of me during this presidential campaign of 2016. If that makes you uncomfortable or you feel it is simply not polite to talk politics, stop reading now. Otherwise…

I have always voted for the person, not the party. I am proudly independent and base my vote on who I think would be best for the country. Period. I have, in fact, voted for republicans, democrats, and even third party candidate before based on that principle. Yan tells me a vote for a third party candidate is just throwing my vote away. But as someone who spent time in the army, ready and willing to lay down my life for our constitution, I believe the only vote thrown away is the one not cast. So I will be casting a vote… for someone. But I’m having a hard time getting comfortable voting for either Trump or Clinton. Like many Americans, I see deep character flaws in each of them and little evidence either of them is worthy of the privilege, honor, and responsibility of leading this great country of ours.

This is an incredibly important election, however, so perhaps I should just cast my vote based on the issues. I am very much in favor of marriage equality for anybody and everybody (or perhaps to put it better, I’m simply in favor of equality for everyone). This one issue would seem to push me to vote democratic as the republican party wants to continue telling people how and who to love. On the other hand, I believe the current administration’s foreign policies – endorsed and/or engineered by Clinton – have dangerously weakened America. So that issue pushes back toward the republicans who I believe have a stronger approach to those who would destroy us. In fact, the issues most important to me are pretty evenly split between the republican and democratic platforms (probably why I’m independent).

I have not been this perplexed about an election, ever. I look at my children and I feel the weight of my decision. Just like all parents, my children’s future drives me. I know the decisions we make today will either make things better for our children tomorrow or leave them with an even bigger mess to clean up. I want them to reap rewards rather than having to pay a price for being the generation which follows us. I know you do, too. And many, many brave souls have sacrificed everything to ensure we have a voice in what kind of future we leave for our children.

So I know I will be voting, even if I don’t yet know for whom. And I will have my kids with me when I do, just as always, so they can see democracy in action, close up and personal. I will tell them, just as I always do, why it is so important to participate in the process. And I will talk to them about the issues in this particular election, too, so they can begin thinking about and forming their own political views – and I don’t really care if those views are in line with mine or not, as long as they’re thinking for themselves.

Want to join the discussion?
Feel free to contribute!